The shooting in Buffalo and the American heart

Are the Motives of War Profiteers Driving Us to the Brink of a New Cold War? 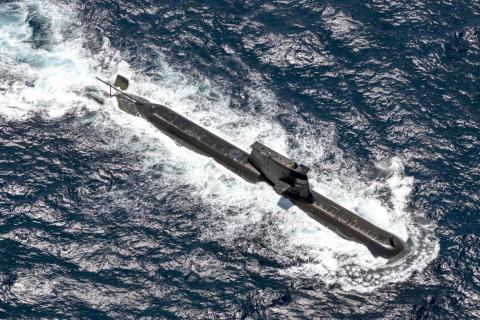 “The United States will compete, and will compete vigorously, and lead with our values and our strength,” President Biden told the UN General Assembly on Tuesday. “We’ll stand up for our allies and our friends and oppose attempts by stronger countries to dominate weaker ones, whether through changes to territory by force, economic coercion, technological exploitation or disinformation. But we’re not seeking — I’ll say it again — we are not seeking a new Cold War or a world divided into rigid blocs.”

This was the only part of Biden’s speech where he said the words “Cold War.” They stood out; last everyone had heard, the U.S. was engaged in a “war on terror” that, thanks to the 2001 Authorization for the Use of Military Force (AUMF), could conceivably run on until the stars burn out. The Cold War is black-and-white television, duck-and-cover drills, Ike, Kennedy, the Cuban Missile Crisis, Nixon, Ronald Reagan scaring the hell out of everyone, and finally a wall falling on my 18th birthday, seemingly a thousand years ago.

Biden did not say “China” in that particular passage either — though China was mentioned several times elsewhere in his remarks — but that country was most certainly the intended recipient of that specific message. Biden was speaking amid a diplomatic meltdown between the U.S. and long-time ally France over a new Australia/United Kingdom/United States (AUKUS) strategic alliance, and specifically over the sale of at least eight nuclear submarines to Australia by the U.S.

France was perturbed because it only learned of the new AUKUS alliance after Australia publicly announced it. This was an open-handed slap from Australia’s conservative Prime Minister Scott Morrison, a man any modern U.S. Republican would embrace on sight, to the more left-leaning French prime minister, Emmanuel Macron. France was legitimately outraged over having been excluded from such important, high-level discussions and the French ambassador to the U.S. was immediately called home.

Why the sudden reversal? Nuclear subs are more expensive to maintain and operate, and New Zealand does not allow anything nuclear within its territorial waters, which from a strategic standpoint leaves a huge swath of Australia’s coast exposed. The Pacific is massive, to be sure, but what set of circumstances exist that would lead Australia — and the U.S. — to believe that nation needs at least eight of the most fearsome weapons platforms ever devised?

Answer: The “pivot to Asia,” an Obama-era recasting of global strategic imperatives which was exacerbated by Donald Trump’s blizzard of nonsense tariffs against China. “Until this week, the so-called ‘pivot to Asia’ by the United States had been more of a threat than a reality for Europe,” reports The New York Times. “But that changed when the Biden administration announced a new defense alliance against China that has left Europe facing an implicit question: Which side are you on?”

“We are not seeking a new Cold War or a world divided into rigid blocs,” Biden said at the UN.

But the sudden new AUKUS alliance (a rigid bloc?), and the placement of U.S.-made nuclear submarines into that portion of the Pacific, seems vividly at odds with the president’s placating words. Indeed, it is beginning to feel as if a new Cold War is off and running.

Deploying U.S.-made subs in that part of the Pacific Ocean is a big, deliberate thumb in China’s eye, an act provocative enough to motivate UN Secretary-General António Guterres to speak words of warning a day before Biden’s speech. “We need to re-establish a functional relationship between the two powers,” Guterres told the Associated Press. “We need to avoid at all cost a Cold War that would be different from the past one, and probably more dangerous and more difficult to manage.”

At bottom, however, the argument between France and the U.S. was as much over money as it was national pride. France had already inked a deal to sell a dozen diesel-powered submarines to Australia, and the AUKUS nuclear sub deal blew that up. The collapse of this arrangement cost France tens of billions of euros — France is the United States of Europe when it comes to global arms sales, and France’s leaders take the arms trade as seriously as U.S. leaders do — which could translate into a whole slew of lost jobs if that money is not recouped. (French defense contractor Naval Group, which is partially owned by France and was already building the diesel subs, intends to bill Australia for the lost revenue.)

U.S. politicians and the corporate “news” media have a casually self-destructive way of discussing military spending: They don’t.

It would surprise me not one single bit if the AUKUS agreement, and specifically the sub sale switcheroo from France to the U.S., first came into being after a few phone calls to some officers in “defense” procurement from lobbyists for General Dynamics and/or Huntington Ingalls, the only two shipbuilders in the U.S. with shipyards capable of building nuclear submarines. The cost to build one of these monstrously deadly machines runs, on average, around $3 billion per unit.

“Why are you letting France get that money?” would have almost certainly been the crux of such a call. “Don’t you love America?” And away we go.

Money. Cold Wars, you see, are notoriously expensive (read: wildly lucrative for the various war profiteers that circle the Pentagon like so many carrion birds).

The average military spending during “peacetime” in the Cold War ran about $285.4 billion per year. The first hot Cold War conflict in Korea, according to Richard M. Miller Jr. of Praeger Security International, cost $678 billion. The cost of the Korean Conflict spanning from 1951 to 2000 is over $1 trillion. The Vietnam War cost another $1 trillion. Benefits to the veterans and veteran families of those wars runs into the tens of billions of dollars per year. The total cost of the Cold War from 1948 to 1991 is estimated to be $13.1 trillion, including $5.8 trillion for the development and maintenance of a vast nuclear arsenal.

These eye-popping numbers, all pegged as closely as possible to current dollar values, scarcely tell the tale of the present moment. The “Black Budget” cost of the national security state, born during World War II and massively expanded during the Cold War, is unknown… well, somebody knows, but they ain’t telling. The Pentagon, for its part, currently has a $35 trillion hole in its accounting. Nobody seems to know just where that money went… but somebody knows, and again, they ain’t telling. Meanwhile, despite our “withdrawal” from Iraq and Afghanistan, the war on terror grinds on relentlessly, and expensively.

U.S. politicians and the corporate “news” media have a casually self-destructive way of discussing military spending: They don’t. If someone goes on TV and says we have to feed the poor, ten voices will be raised howling “How much will that cost?” and “We can’t afford it!” A president flips 20 missiles into a foreign country, at the cost of hundreds of millions of dollars from construction to deployment to launch, and “How much did that cost?” never seems to come up.

Among the many things the Cold War is remembered for, inflicted popular fear and mass control stand out.

It comes down to this: Every bullet, every bomb, every attack helicopter, every destroyer, every fighter jet, every field meal, every tent, every rifle, every pistol, every grenade, every land mine, every missile, every submarine (!), every uniform, every pair of boots, every body bag, every coffin, every everything that goes into the U.S. war-making machine is money flooding into some “defense” contractor’s bank account and stock portfolio.

It has been 73 years since the onset of the first Cold War, and the “terror” war is not quite the money spigot it was for the last two decades. Still, 53 cents of every tax dollar goes to the fighting of and preparation for war already, and a new Cold War with China would dramatically increase that.

It goes entirely without saying that a new Cold War with China is an astonishingly terrible idea, an undermining of nuclear nonproliferation efforts and a good reason for China to harm the U.S. by way of the massive share of our economy they already own and control. The potential cost in human life is nigh incalculable… but ask yourself this: When was the last time you can remember the warmakers actually thinking things through when massive profits were in play? I’m stumped.

There is also this: Among the many things the Cold War is remembered for, inflicted popular fear and mass control stand out. Here in the “free” U.S., the groupthink inspired by enmity toward the Soviet Union destroyed lives and constrained liberty for decades. It inspired two lucrative shooting wars, one of which technically never ended and another that lasted 20 years, along with a dozen proxy skirmishes around the world. All of this invigorated the fury and paranoia of enforced patriotism, and did great and lasting damage to those who did not take up the standard of war.

As we enter an era of unrest, amid racist police violence and state efforts to repress the popular uprising against it, a fascist authoritarian surge in the halls of government everywhere, and a climate preparing to show us all who is really in charge around here, a new Cold War with all attendant mechanisms of enforced control would be just the ticket for those looking to make a buck while avoiding actual solutions to these concerns.

“If you want a picture of the future,” wrote George Orwell, “imagine a boot stamping on a human face — forever.” I am forced to wonder if future years will have us looking back on this seemingly insignificant submarine deal between the U.S. and Australia the way historians today regard George Kennan’s “Long Telegram”: One diplomat’s long transatlantic missive that is now widely regarded as the seedcorn for U.S. Cold War policy toward the U.S.S.R. — along with all its consequences — for the next five decades. It had to start somewhere. It always does.

William Rivers Pitt is a senior editor and lead columnist at Truthout. He is also a New York Times and internationally bestselling author of three books: War on Iraq: What Team Bush Doesn’t Want You to Know, The Greatest Sedition Is Silence and House of Ill Repute: Reflections on War, Lies, and America’s Ravaged Reputation. His fourth book, The Mass Destruction of Iraq: Why It Is Happening, and Who Is Responsible, co-written with Dahr Jamail, is available now on Amazon. He lives and works in New Hampshire.

“Purdue, what are you waiting for?”

“The Experience of Black Students at Purdue”

“West Side Will Consider Restrictions on Conversion Therapy for Minors”

Where next for local teacher pay, after it hits new state $40K minimum?

Going for Gold at the Indiana Veterans Home

The Plan for ARPA Funds

All the Things about ‘All The Things Lafayette’

The Road to the Next Superintendent

There are currently 0 users online.